After fresh water and somewhere to cool down a few tinnies, air support will be high on any desert survival list. So enter No. 3 Squadron RAAF, flying Kittyhawks that will provide much needed air cover for my mid-war Australians.

Can you hear something Blue? 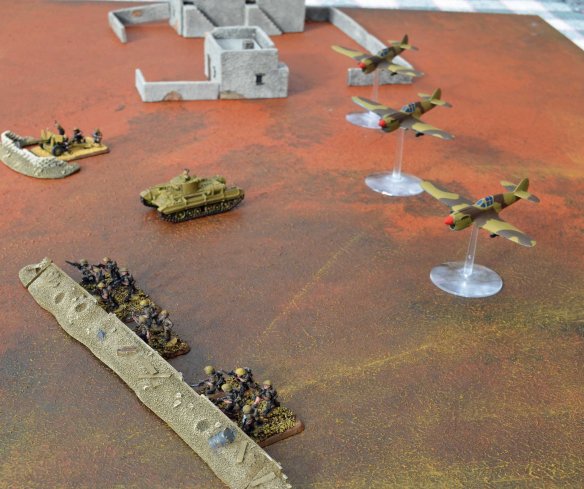 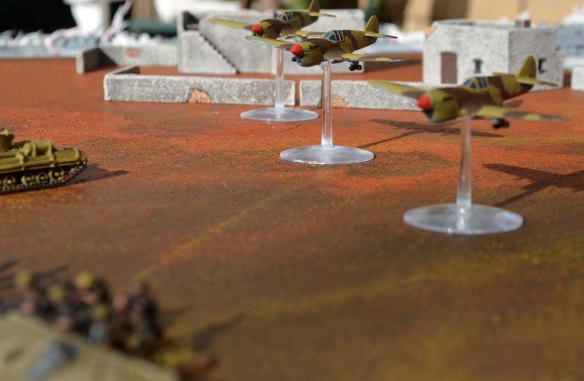 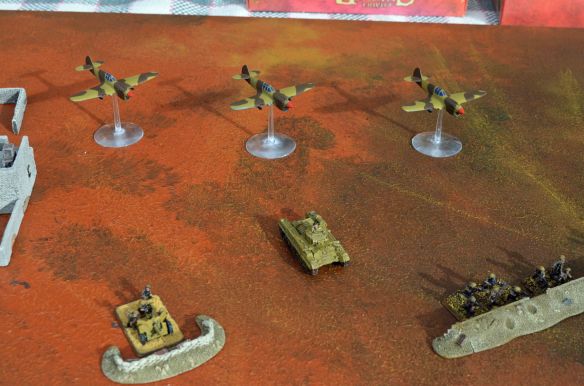 The P-40, Kittyhawk to Commonwealth nations and Warhawk to the Americans, was one of the mainstays of the RAAF in the second world war. Out gunned by German machines in the fighter role, they proved reliable and capable in a bomber-support role in North Africa and in the Pacific. They also held their own against the Italian air force, that unlike the Italian navy or much of the army, was very professional and dedicated even as they flew rather outdated machines.

No markings yet as the box came with a US decal set, so on the lookout for suitable RAF/RAAF markings in 144th scale or thereabouts.

The company itself is not much larger than the models shown, a few more tanks plus some 25 pdrs, so there is not much to do now.  That will be nice as these were my first Flames of War models but I decided to do some German Tigers just to get a force table ready. An heavy panzer company is like 12 models, including infantry, so was very quick to paint. I’ve hesitated finishing as while 15mm tanks are really fast to paint, I find the little mens a bit daunting. Not totally rational as they really don’t take much to do, so it is time to get on with them, I think.