I decided to take a wee detour on completing my Chinese for Bolt Action Korea and (mostly) finish an SU-76. It is a resin model from Warlord. 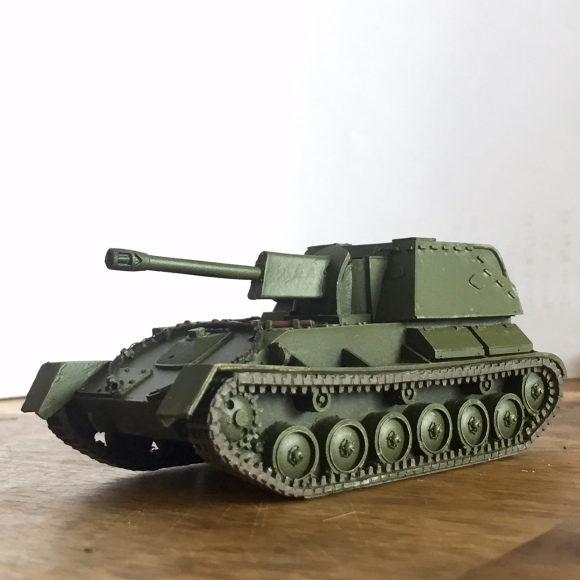 I may do some more weathering, but but it is close enough to finished to put it on the table. The model when to together OK after a false start where I forgot to wash the resin first! There was very little clean up required, and the parts fitted with very little fiddling, although I did choose to pin the barrel.

There appears to be some debate about just what self-propelled guns the Chinese volunteer force had, given the confusion of the time this is not surprising. The little bit of reading I’ve done mentions SU-76 in battles the British Commonwealth Brigade had with Chinese in both early (Kapyong and elsewhere) and later, at Maryang San. This is good enough for me to field one. There is an added bonus in that I had one in the cupboard waiting for a project! 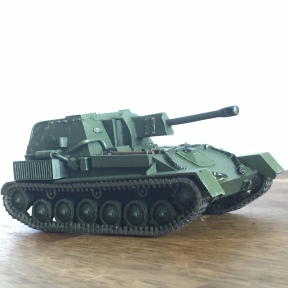 There is quite a lot of material about, once you start to dig, and I’m very much enjoying learning more about this period.

Now back to the infantry.

I like posting finished minis, but sometimes you have to go with what you have.

War has broken out in Korea in the Bolt Action universe, and I’m signing on for a tour. I’ve picked up a few squads of Chinese and have been pushing on with what for me has been a rapid pace.

There is a reasonable range of poses and not too much cleaning up to do, and the simplicity of the uniforms has sped things up somewhat.

I’m up to giving them a wash of Agrax Earthshade that I found in the cupboard, and then I’ll give them a final highlight, mostly to lighten the uniform again. Plus basing, of course. 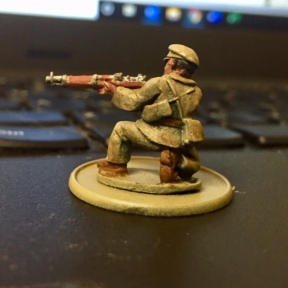 Our brave *ahem* volunteers will also have some support in the form of surplus Soviet war matériel in the form of an SU-76 and some A/T. I’m choosing to ignore the Soviet uniforms. Also work in progress. 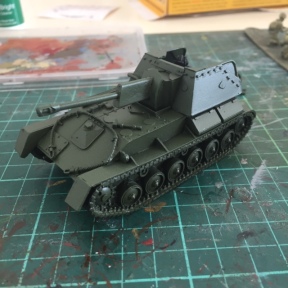 Once the medium mortar and MMG are complete, I think it will be about 650 to 700 points. Enough for a small game but clearly there are some more to be (acquired and) painted yet. Well, the South isn’t going to liberate itself.