Citizens rejoice! The largest tyranid invasion seen in this sector has been defeated by a combined force of loyalist marines. After being pressed early by successive waves of the bio-engineered monsters, the Astartes were able to launch a counter-attack and purchase a famous and bloody victory.

Go big or go home. We aimed for 10,000 points a side but found we could deploy 12,500. That turns out to be a lot of bugs. The table looked great. I found it hard to take a shot that took in the whole spectacle.

The Hive Mind deployed well. By making an aggressive bid (just 7 minutes), they won the opportunity to deploy and move first. By using a strategic asset that gave most of their troops infiltrate, they not only bought themselves time to deploy they made sure that bugs would be right in marines’ faces from turn 1. 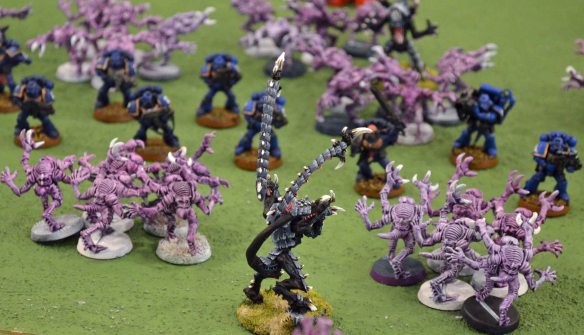 On the Imperial side there were Space Wolves, Dark Angles (including Deathwing), Imperial Fists, Ultramarines and White Scars.  A good mix of shooty, speed and close combat.

On the left flank Dark Angels and Space Wolves agreed to disagree and looked towards the tyranid menace. 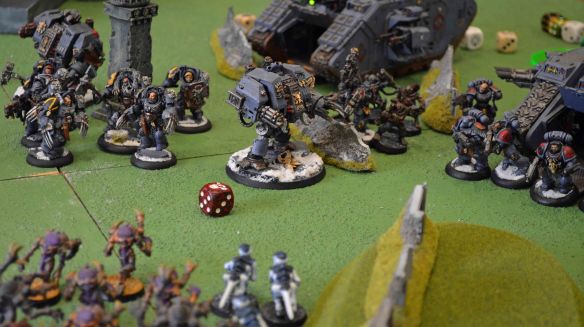 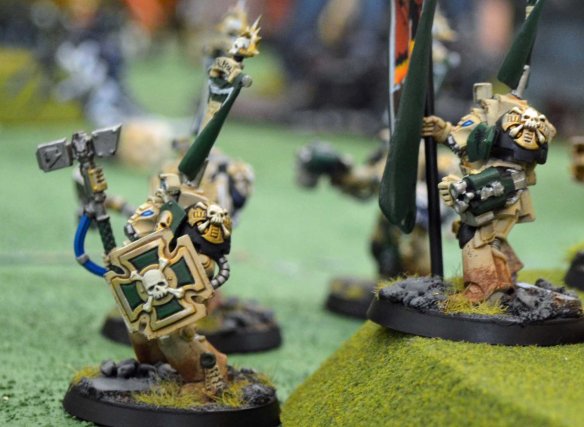 The right flank was held by the original battle brothers, the Sons of Dorn and Guilliman, supported by some drop-pods full of Space Wolves

Dreadnought from my Imperial Fists

“Remember Macragge” Ultramarines get stuck in

In the centre were White Scars

Cam’s White Scars – no time to shammy the mudguards, we’ve got some ‘nids to sort out

The aggressive tactics by the Tyranid host worked well early on. The marines, despite setting up well back in their deployment zone, only got in one round of shooting before close combat started right along the table.

But the early waves just could not deal out enough damage and the terminators, deep striking with precision on objectives started to push through the ravening hoard. 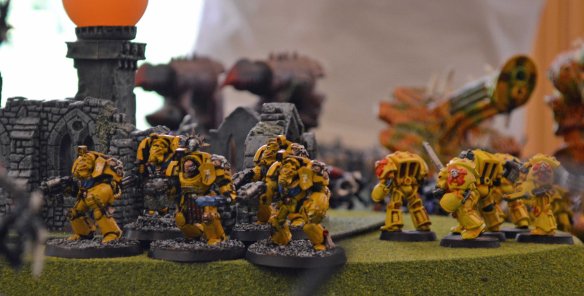 Heading into the Imperial Shrine 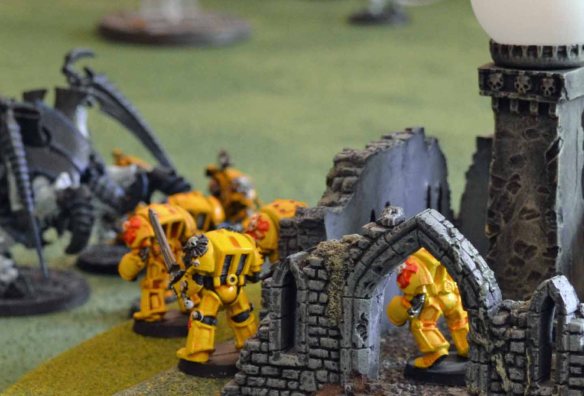 And out the other side: objective secured

It wasn’t one way traffic, but at by the end of three full turns both sides had run out of reinforcements and we were running out of playing time. At that point the marines had 4 of 6 objectives and more victory points, and while the tyranids might narrow the gap if we played on an Imperial victory seemed clear.

As a player in a such a large game it is hard to get a feel for the ebb and flow across the whole battlefield so I’ve missed out on many heroic and mighty deeds from both sides.

But there is no doubting the mighty spectacle of two themed armies going toe to toe on such a big table. Lovely stuff, and the Hive Mind is already plotting its revenge … 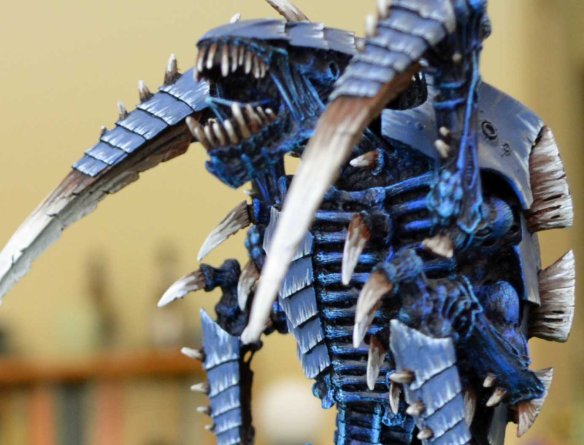 Thanks for all for a fab day.
D.